Are You Underestimating the Cost and Effort of Cloud Management?

Are You Underestimating the Cost and Effort of Cloud Management? 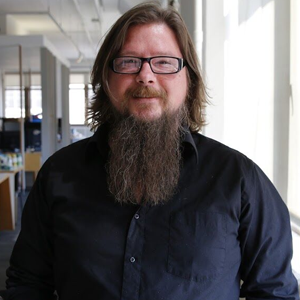 The vast majority of enterprises plan to migrate more workloads to the cloud in 2016. But IT teams may not be prepared to maintain cloud resources, according to a new report.

A survey by Logicworks and Wakefield Research found that eighty percent of IT decision makers feel that leadership underestimates the cost and effort of managing cloud systems. As a result, IT leaders do not effectively plan for the staffing and resources IT requires to achieve highly available, scalable cloud systems.

A cloud platform like Amazon Web Services provides built-in tools to facilitate migration and simplify ongoing management. However, this can lead IT leaders to mistake “simplified” migration and maintenance for “little to no” maintenance; in other words, they think migrating and maintaining their cloud systems will be easy.

While moving to the cloud means you have outsourced racking and stacking servers, your IT team still needs to do things like configure networks, maintain permissions, lock down critical data, set up backups, create and maintain machine images, and dozens of other tasks AWS does not perform.

This is a potentially dangerous misconception – and one that we run into often.

When leadership thinks of the cloud as easy, IT planning suffers. According to another recent survey of 6,159 executives conducted by IDC, just 3 percent of IT executives have an “optimized” cloud strategy, with nearly half (47 percent) saying their cloud strategy is “ad hoc”.

Ad hoc planning can have serious consequences for the long-term success of cloud projects, and can result in:

a) Isolated cloud projects without common, shared standards
b) Ad hoc security configurations, either due to lack of common benchmark or inconsistent application of that benchmark
c) Lack of cross-team shared resources and learnings, which could lead to further efficiencies
d) Lack of consistent financial data for tracking purposes

When you combine lack of cloud planning and the increasing pressure to deliver infrastructure faster and more reliably, you can see why IT teams are struggling to keep up. These pressures sometimes cause cloud projects to falter and stagnate after the first wave of migration; they have one or two moderately successful projects, but do not know how to expand usage with the proper controls across the enterprise. The company usually gets some cost benefits from migrating, but does not get the agility benefits they expected.

To succeed in the cloud, you need to plan for some degree of central control and consistent standards. While project-by-project IT planning has grown in popularity, many IT leaders realize that complex cloud systems require reimagining central IT’s role.

The first step towards a comprehensive cloud strategy is usually an external audit of current cloud systems to understand current state, common goals, operational challenges, etc. Then central IT must decide on a common set of availability, security, and cost standards.

In the old world, central IT had to enforce standards manually. Systems changed more rarely, so central IT could (for the most part) keep up. In the cloud, when your resources change every day and many developers and engineers can touch the environment, a manual approach is not an option.

Instead, these standards need to be built into templates and enforced with configuration management. In other words, build a standard “baseline” in AWS CloudFormation for what your security, availability, and cost tagging configurations should look like, and then maintain that template rather than creating a hundred custom configurations for each new cloud project. The template gets changed, not individual virtual instances or networks.

For central IT teams, this is revolutionary. Rather than spending months testing and reviewing each new cloud environment, central IT spends time upfront collaborating with systems teams to build a common standard, and then only needs to be involved when that standard changes and at other key points. You know exactly how every system is configured at any point in time, and you reduce the time and cost of deploying future systems; you do not have to rebuild security configurations or get them approved by security teams.

The main question is whether or not enterprises will have the time to set up these processes as they migrate to the public cloud. CM requires training, a team of advanced DevOps engineers and Puppet/Chef experts, and months of work. By far the easiest way to do this is to hire a consulting company that already has a common set of standards and a well-developed CM framework, who can assess your current AWS deployments and/or build a solid foundation for future deployments based on those standards.

The Future of Cloud Management

Clearly enterprises have some work to do -- not just to develop a strategy around where and when cloud is adopted, but how to manage and govern these cloud deployments going forward. In most cases, a strong central IT and automation-driven cloud management is the answer.

For companies that do not have operational maturity on cloud platforms to develop a comprehensive cloud migration and management plan, supplementing their internal team with external experts can be the answer. But whether they choose to do so in-house, with a short term strategic consultant engagement, or with a long-term cloud management solution, enterprises will certainly move away from an “ad hoc” cloud strategy. As cloud matures, expect to see a mature, flexible framework for cloud management, automation, and large-scale DevOps as the next must-have for enterprise IT teams.

THE CHALLENGES OF CYBER-PHYSICAL SYSTEM SECURITY

How to Build an Effective Content Strategy Others Will Envy

A Collaborative Approach to Wealth Management